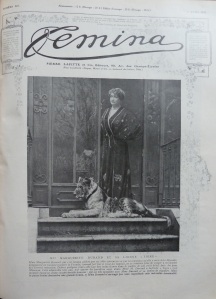 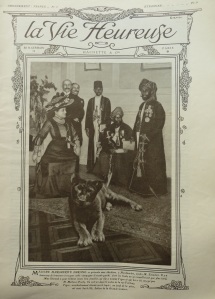 Marguerite Durand, founder of the all-woman run newspaper La Fronde, was famous for having a pet lion, whom she cleverly named Tiger, “out of love for paradox.” In addition to accompanying her on long walks through the streets of Paris, Tiger apparently helped Durand’s diplomatic efforts (pictured here with a sultan of Grand Comora, an island off the coast of Africa) , and distracted readers from an audacious attempt to run for office.

Durand was not the only one to embrace the irresistible woman-with-animal photo op. Here are some other Belle Epoque beauties with their beasts. 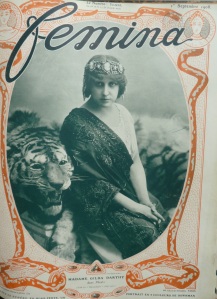 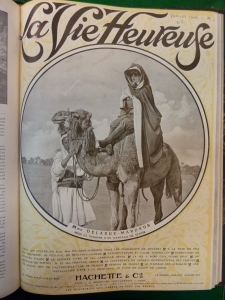 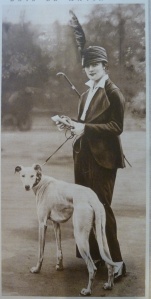 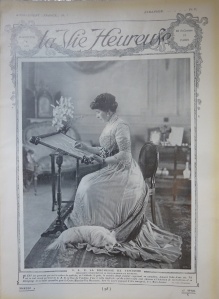 **with special thanks to Dani Schoenfeld.